Suffering colic but meeting all milestones, until…

When my son was born in 2003, I was astonished. After 4 beautiful, bouncing daughters I did not even ask the midwife the gender of my new baby!

James met all his physical milestones although he was always unwell after the vaccinations he received in his first year. He was very lazy (I was told by all the Professionals that he was just a typical boy) and suffered horrendously from colic.

Around 16 months he received his MMR and subsequently suffered febrile convulsions. He lost all eye-contact, all his initial words and sounds and threw up constantly. At 19 months he was referred to Speech and Language Therapy and that’s when the ‘A word’ was first mentioned.

…And so the research started.

We were fortunate in that we very well supported by his Paediatrician, Educational Psychologist, Occupational Therapist (he had hypermobility and low muscle tone), Speech and Language Therapist etc but we knew there was so much more work to be done.

James had huge gut issues so we implemented a gluten-free, casein-free, soya-free diet. Within 6 months we noticed a remarkable improvement in his autism symptoms and behaviours. He was also on an 18 month waiting list to see a private practitioner. Fortunately, there was a cancellation and before long tests had been carried out (blood, urine, hair and poo), the results examined and we had a protocol to follow.

His methylation status was extremely poor so that was the next thing we focussed on. Finally, at the age of 6 ½, he uttered his first word ‘Calcium’! More words followed and before long he was using 2 and sometimes 3 words at a time.

Addressing gastrointestinal and other ‘comorbid’ problems

By then I had discovered ‘Thinking Autism’ and also become familiar with the term ‘Comorbid Conditions’. James had so many other issues that I had always been told were just part of his autism, like his gastrointestinal problems. So, what if we were to treat these alongside his ASD? Would we see the same massive improvements in his autism symptoms and behaviours that we had seen when we implemented dietary intervention? It was a lightbulb moment!

So we tackled his sleep problems and I still keep I touch with the Social Worker who suggested a bed tent. She changed our lives! His other issues included:

I liked the holistic approach of Homeopathy and became especially interested in CEASE Therapy. Amazingly, the ever-present high-pitched ‘Eeeeeeeeeeeeeee’ disappeared forever after our first remedy. Prior to this, James communicated regularly with bats and dolphins!

Our next big breakthrough came when we implemented digestive enzymes. After reading Karen DeFelice’s ‘Enzymes for Autism’ I realised how little I knew about what they could help with. They were a phenomenal supplement for James; helping with yeast, bacteria, his focus and attention, his SPD, his anxiety, his psoriasis and his OCD/Tics. It was another massive step forward.

We felt that we could focus on his communication and social interactions skills now that he was improving in so many other areas and were very excited by the research that was appearing with reference to Sulforaphane (Broccoli Sprout Extract). Within a few days of starting it, both his teachers (James attends a Communication Base in a Mainstream school) and his siblings were commenting on the explosion of language.

James could now hold fairly good conversations – still not ‘normal’ for his age but a fantastic achievement for a boy who was non-verbal at 6.

We still have a lot to work on with our son but he has made great strides and will continue to do so. He is no longer lost in a world of pain, cut off from everyone and is a happy, funny and incredibly talented boy. None of this would have been possible without the incredible support of other parents following the same path. 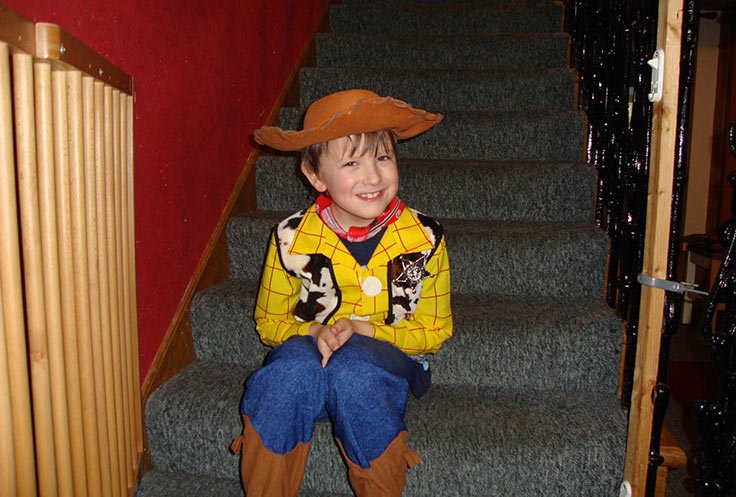